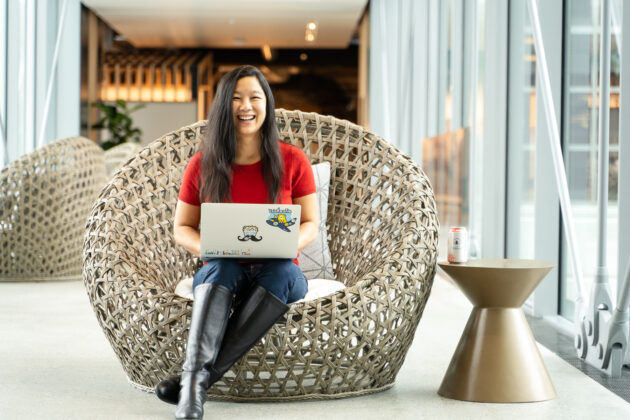 Keeping a group that big and diverse pulling in the same direction takes a well-executed, strategic plan.

“One of my big things is setting expectations really clearly,” Anuras said.

She also makes sure that her leaders understand that when they’re juggling a project’s scope, time for completion, budget and quality, that they should prioritize quality. It’s better to do something well the first time, she said, and avoid going back to fix it later. And Anuras makes sure to establish a variety of channels of communication so that everyone stays in the loop.

Once the pieces are in place, “my job is to get out of the way as quickly as possible,” she said.

Anuras has had nearly 12 years at the travel juggernaut to hone her approach. She began in 2004 at Expedia Corporate Travel (later rebranded as Egencia) as a test manager, and worked her way up to a senior director of technology at Expedia. In 2015 she left to take executive roles at two smaller companies, including the Seattle startup Blokable, a tech-driven housing developer with a focus on affordability. In 2019, Anuras returned to Expedia as a VP.

She’s also one of the more than 20 leaders internationally who are part of the Expedia Advisory Council that’s focused on inclusion and diversity. The council, which launched this year, has met once and is working on setting goals and objectives. The group will be looking at issues including how Expedia does recruiting, how to help hiring managers achieve company diversity goals and …read more