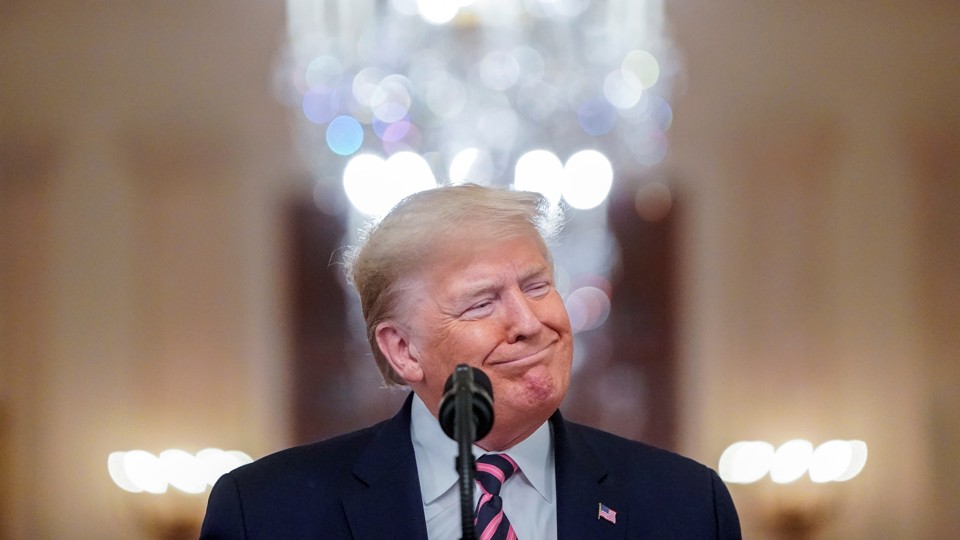 Donald Trump’s obsession with Ukrainian corruption turned out to be genuine: He wanted it thoroughly investigated—for the sake of its emulation. The diplomats who testified in front in Adam Schiff’s committee explained and exposed the Ukrainian justice system. Their descriptions may have been intended as an indictment of kleptocracy, but the president apparently regarded them as an instructional video on selective prosecution, the subversion of a neutral judiciary, and the punishment of whistle-blowers who expose corruption.

Over the course of Trump’s presidency, his critics have speculated about the model of illiberal democracy that he would adopt as his own. After the past week—which saw the firing of Lieutenant Colonel Alexander Vindman, the revocation of the Justice Department’s sentencing memo for Roger Stone, and Attorney General Bill Barr’s increasingly heavy-handed control of the investigations into his boss—there’s less doubt about the contours of the state Trump hopes to build. He’s creating Kyiv-on-the-Potomac.

The House Intelligence Committee narrative featured a villainous bureau in Kyiv called the Office of the Prosecutor General. On paper, this department is akin to America’s own Department of Justice, but in practice, it acted more like an auction house where top government lawyers would entertain bids from oligarchs. These prosecutors have been integral to the maintenance and perversion of the system. Oligarchs would abuse the office to bring cases against old enemies; they also used the office to punish critics of their corrupt practices. And, in the most extreme example, one Ukrainian president weaponized the office against his primary political opponent: He actually locked her up. (It was Paul Manafort’s job, as a consultant to that president, to justify the arrest to the rest of the world.)

The United States has tried to push Ukraine away from this corrupt system. When …read more