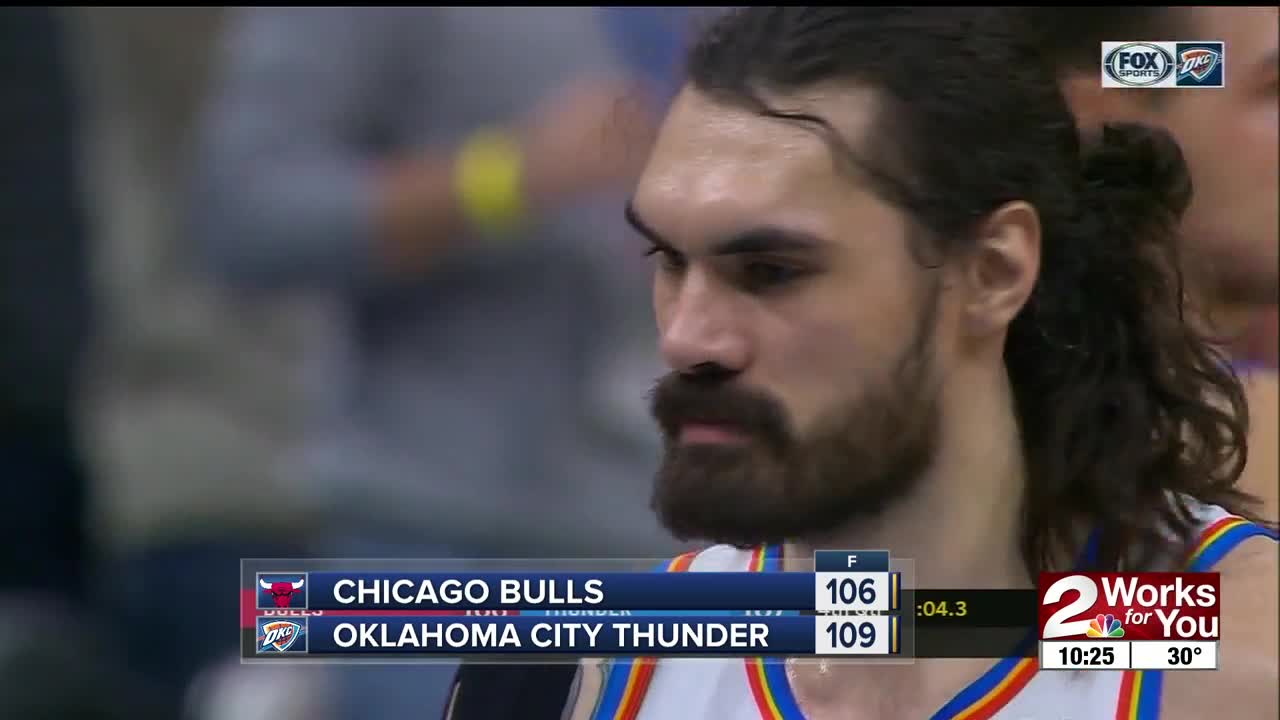 Steven Adams hit the most casual buzzer-beater in NBA history against the New Orleans Pelicans Thursday night.The Oklahoma City Thunder big man heaved a one-handed, three-quarter court shot to beat the first-half buzzer and put his team up by eight heading into the locker room.Adams celebrated the improbable shot — the first three-pointer in his seven-year NBA career — by holding his follow through and shimmying as the ball fell through the net.The 26-year-old New Zealander finished the night with 11 points and 11 rebounds in Oklahoma City’s 123-118 victory over Zion Williamson and company.:…