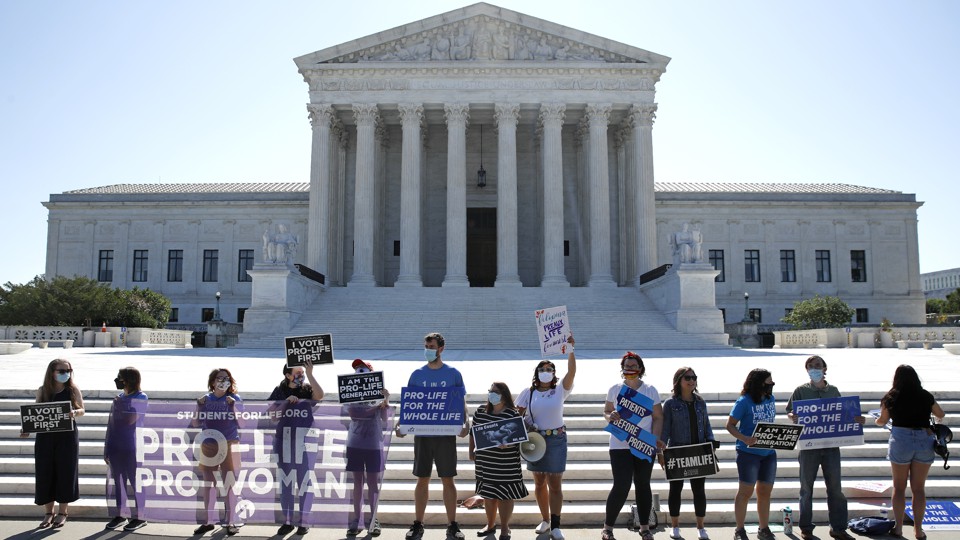 This morning, the Supreme Court announced its decision in June Medical Services v. Russo, the first big test of whether, and how, this Court—with two Donald Trump appointees—would revise abortion rights in the United States. When Trump was running for president, he explicitly promised to appoint judges who would “automatically” overturn Roe v. Wade, the case that established the constitutionality of abortion. Today, the Court has repudiated Trump’s promise with its decision in June Medical. While the ruling does not signal that abortion is safe at the Supreme Court, it’s a message that anti-abortion advocates cannot simply expect the Court to reverse abortion rights, just because conservative justices now dominate the bench.

In 2018, when Justice Anthony Kennedy, who formerly acted as the Court’s main swing voter on social issues, announced his retirement, commentators were quick to pronounce abortion rights dead: “Abortion will be illegal in twenty states in 18 months,” tweeted the New Yorker writer Jeffrey Toobin. And yet, today, the liberal wing of the Court won.

June Medical concerns a Louisiana law that required doctors who perform abortions to obtain admitting privileges at nearby hospitals, which in theory means they could immediately address emergency medical situations that arise during the procedure, but in practice serves to limit the number of medical professionals who can legally terminate pregnancies. In the judgement of the Court, this case is nearly identical to one it decided just four years ago, Whole Woman’s Health v. Hellerstedt, about a strikingly similar law in Texas. When faced with the prospect of overturning such a fresh precedent—even though he disagreed with the outcome of that case—Roberts was unwilling to potentially undermine the legitimacy of the Court.