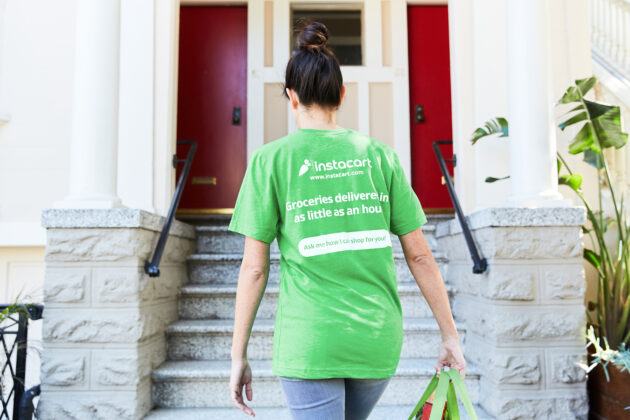 The Seattle City Council is once again embroiled in a legal dispute with a gig economy company over efforts to provide labor protections to the workers that power the industry.

Instacart filed a lawsuit Friday over a new Seattle ordinance that would force the grocery delivery company and others like it to give drivers premium pay during the pandemic.

The complaint, first spotted by the Seattle news blog SCC Insight, claims the ordinance violates state and federal law by implementing a fee on a specific business category and establishing illegal parameters on contracts between Instacart, its drivers, and customers.

The law, passed earlier this month, requires food delivery companies to pay drivers $2.50 per delivery on top of their regular rates. The hazard pay is intended to offset the costs and risks that drivers are dealing with during the pandemic, like acquiring protective gear and cleaning vehicles between trips. Instacart says it already provides unlimited access to those supplies for its delivery drivers.

The premium pay mandate remains in effect for the duration of the state of emergency declared in March due to COVID-19. The law will be automatically repealed three years after the civil emergency ends if the City Council doesn’t take action on it before that time. Instacart’s primary objection to the law is the three-year duration, which the company says forces it to “unsustainably subsidize service in Seattle for years to come.”

The legislation prohibits grocery delivery companies from passing on premium pay costs to customers. It also forbids the platforms from reducing worker compensation or service areas within the city.