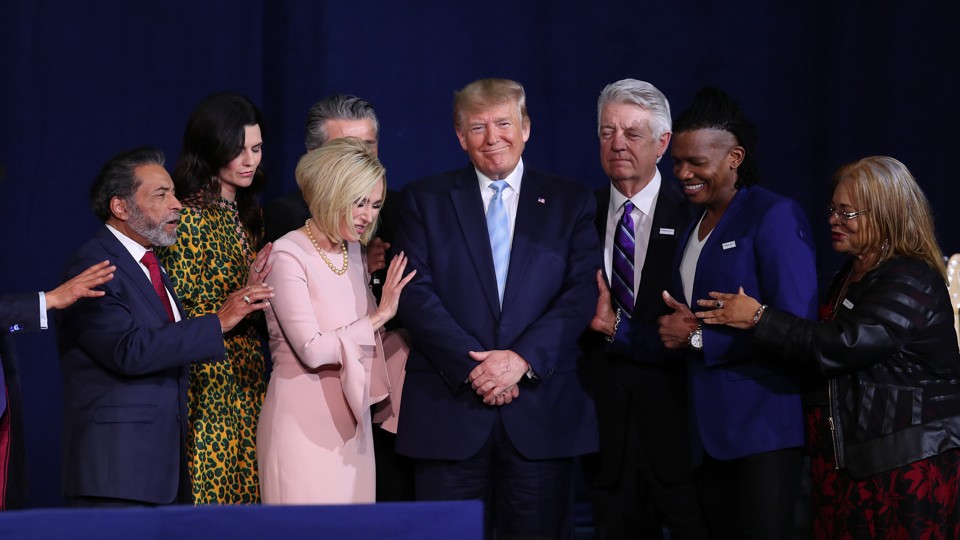 “In Christ there is no east or west / In him no south or north, / But one great family bound by love / Throughout the whole wide earth,” goes the old hymn.

But in Donald Trump, there is division among American Christians. On one side are those who insist that the president is a Christian hero who is standing up for religious rights. On the other are critics who counter that white evangelical Christians have struck a corrupt but convenient bargain with an immoral leader whose inclinations are dictatorial, not religious.

Into this debate strides former Attorney General Jeff Sessions, who, despite his excommunication from Trump’s good graces, remains a die-hard backer of the president and his ideological agenda. Yet in a masterful profile in The New York Times Magazine by Elaina Plott, he comes down solidly, if unwittingly, on the side of the skeptics. Sessions suggests that the president’s own religious convictions are irrelevant, compares him to the dictators Abdel Fattah el-Sisi and Bashar al-Assad, and makes the case for choosing a strongman who can defend Christians over democratic politics.

[Michael Gerson: Trump and the last temptation of the evangelicals]

This isn’t reading between the lines; Sessions makes his views quite clear. When Plott asked Sessions, who is now running an underdog campaign to return to his old U.S. Senate seat in Alabama, how Christians could support Trump, he replied with a reference to Egypt and el-Sisi.

“It’s not a democracy—he’s a strongman, tough man, but he promised to protect them. And they believed him, because they didn’t want the Muslim Brotherhood taking over Egypt. Because they knew they’d be vulnerable. They chose to support somebody that would protect them. And that’s basically what the Christians in the United States did. They felt they were under attack, and the strong …read more