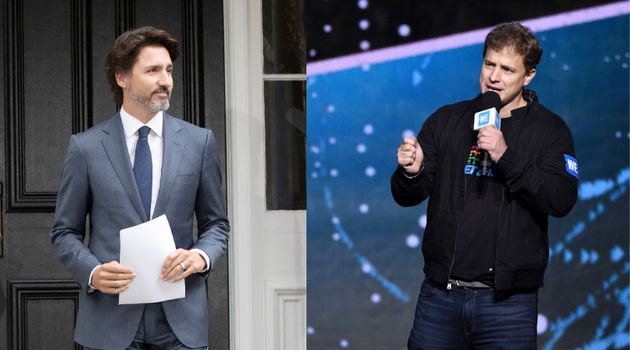 OTTAWA —One of the co-founders of WE Charity says he “misspoke” when he told youth leaders that Prime Minister Justin Trudeau’s staff reached out in April to see if the organization would administer what became a $900-million federal student-aid program.

The Canadian Press has obtained video of Marc Kielburger telling youth leaders during a conference call earlier this month that Trudeau’s office contacted the charity one day after the prime minister announced plans for the Canada Student Service Grant on April 22.

Trudeau has been on the defensive since the government revealed last week that WE had been chosen to administer the grant program, which will provide students with up to $5,000 toward their education costs for volunteering for causes related to the COVID-19 pandemic.

The attacks against the prime minister have included allegations of cronyism and questions about a conflict of interest as Trudeau and his wife, Sophie Gregoire Trudeau, both have longstanding connections with the Toronto-based organization.

Trudeau has said WE will be paid only to cover its costs and that the non-partisan public service concluded that the WE organization was the only group in Canada with the capacity to run the volunteering program and reach the many thousands of young people who might sign up for it.