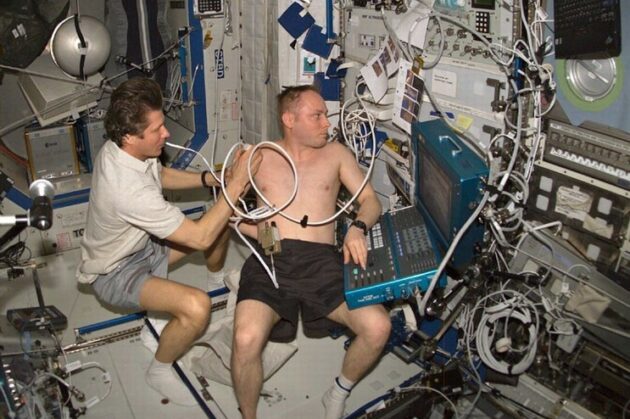 Astronauts can perform basic medical checks on the International Space Station, but crews heading to Mars may need to do more complicated medical procedures without the ability to communicate in real time with Mission Control back on Earth. A system being developed by Redmond, Wash.-based Retrocausal could serve as an AI-generated medical assistant. (NASA Photo)

NASA says it’ll fund more than 400 ideas from small businesses, aimed at creating technologies ranging from plumbing fixtures suitable for the moon to AI-based medical assistants that can provide “an extra pair of trained eyes” for crews on Mars.

The contracts will provide about $51 million to 312 small businesses in 44 states and Washington, D.C., to support the development of technologies that could come in handy for space exploration or Earth-based applications.

Here are the six Washington state proposals funded through SBIR:

Jeeva Wireless, Seattle: Developing protocols an ultra-low-power backscatter networking platform that can synchronize timestamping on a scale of microseconds between sensors and …read more