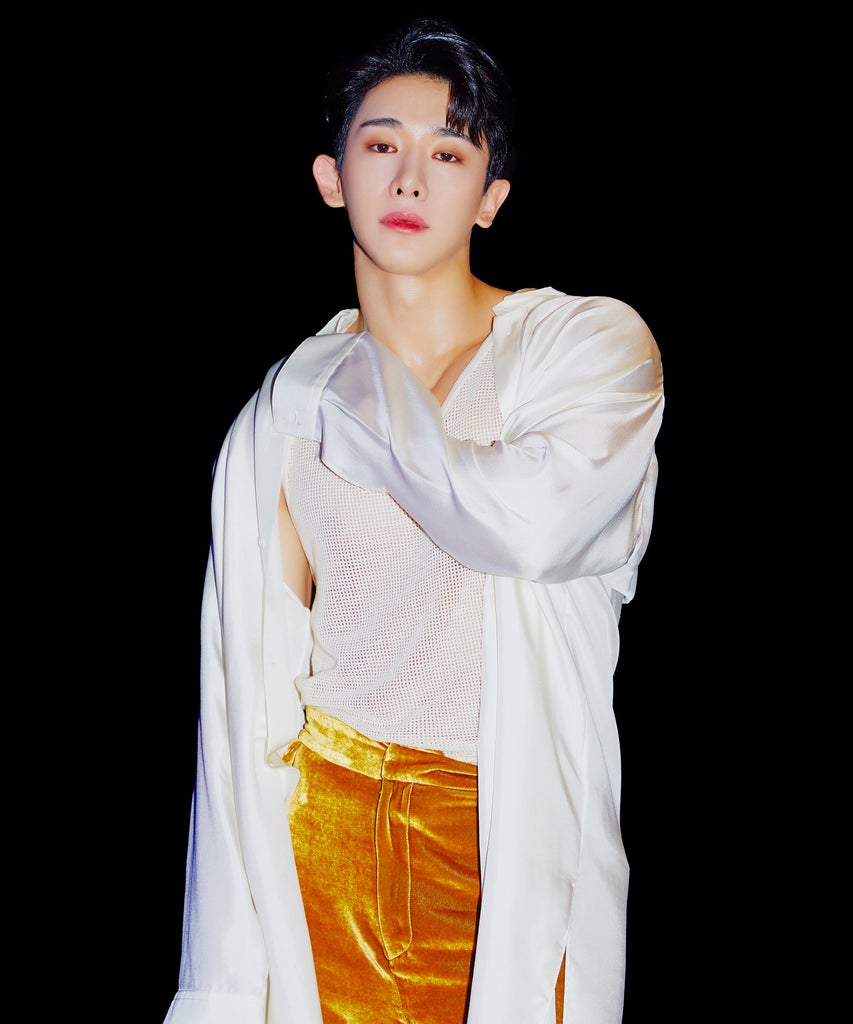 It’s a bright September afternoon in Seoul, and singer-songwriter Wonho is talking to me about his abs. He’s wearing a gray muscle shirt and laughing as he pats his stomach, joking that highlighting his chiseled abdomen was the main reason he chose the album art for his debut solo EP Love Synonym (#1): Right for Me. I can’t help but laugh along with him — he has an infectious, ebullient giggle that takes over his entire body. And he’s not lying — a version of the album cover is basically an artsy collage of the singer with an open shirt. For a celebrity, Wonho is refreshingly self-aware.

It’s safe to assume that any conversation about Wonho, née Lee Hoseok, will eventually include a mention of the singer’s impressive physique. It’s been a major calling card of his ever since he auditioned for the singing competition show No Mercy in 2014, and he lifted his shirt mid-performance. During his tenure in the K-pop group Monsta X —  who Koreans call “beast idols” for their intense style — fans could count on almost every ferocious performance culminating in Wonho ripping off whatever doomed piece of fabric he’d chosen to wear that day. His first performance for his lead single, “Open Mind”? Straps and abs all day.

It would make sense, then, to imagine Wonho as a giant, hulk-like caricature offstage, too; one whose fervent hunger for Fruit of the Loom and protein shakes is matched by a high degree of narcissism. But, nothing could be further from the truth. As soon as the music finishes and the stage lights dim, the 27-year-old