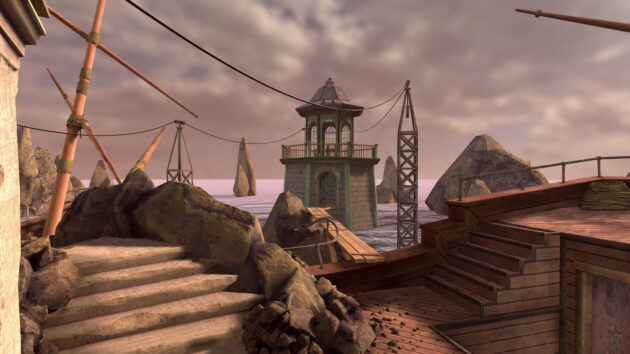 A new virtual reality version of Myst will be released for Oculus Quest later this year.

The original Myst was the #1 best-selling video game in the world from 1993 to 2002, a “killer app” that contributed to widespread adoption of CD-ROM drives for home computers.

Could a remake have the same effect for virtual reality? That’s a stretch, but the announcement of a new virtual reality edition of Myst is a milestone years in the making for Cyan Worlds, the Spokane, Wash.-based company behind the landmark puzzle game. Remade from the ground up in the Unreal Engine, the new version of Myst will initially be released for the Oculus Quest later this year, with a non-VR PC edition coming at an unspecified later date.

The news Wednesday coincided with the unveiling of the new $299 Oculus Quest 2 from the Facebook-owned virtual reality company.

“We’ve been waiting for the stars to align to create a VR version of Myst,” said Cyan CEO Rand Miller in a statement, “and I’m so excited to announce that alignment! Myst has always been about creating a world to lose yourself in, and VR takes the Myst experience to an entirely new level. It’s an almost magical experience for me, after so many years, to wander around the Ages of Myst and truly feel transported! We hope it will be for you, too.”

The success of Myst put Cyan on the map as an indie game developer, and created a franchise that includes four sequels, three novels (currently published in omnibus format as The Myst Reader), a yearly fan convention, and as of last summer, a film and TV deal with Village Roadshow.

Miller and Cyan have been vocally bullish about virtual reality in the last couple of years. Cyan’s upcoming game Firmament is planned to …read more