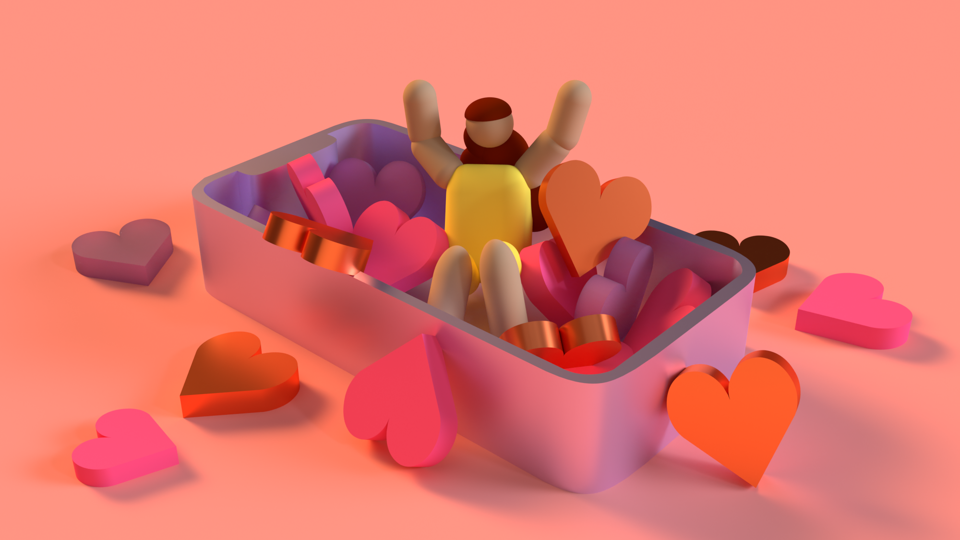 A girl sits alone on an ugly couch, stroking a plastic fish and mouthing the words to Jason Derulo’s “Ridin’ Solo.” Her eyes are bloodshot. She puts on sunglasses to cover them up, just as Derulo says he does in the song.

This video, uploaded to TikTok in July, has more than 11.4 million views. It was posted by @mooptopia, who emerged from nowhere at the beginning of July and has since become an unexpected star. She now has 2.5 million followers, despite the fact that nothing about her account is remarkable: She’s a teenager in what seems to be an average suburb, where she walks around and dances awkwardly and sometimes growls.

The most striking thing about this episode is how typical it is. Getting famous on TikTok can happen very quickly. In a matter of months, a highly driven teen can build an audience that translates into millions of dollars in endorsement deals; a bored weirdo can dress up as Waluigi and do the “WAP” dance, attracting more than 7 million views and starting a ridiculous new trend; a girl can take her first sip of kombucha and feel dramatically conflicted, becoming “Kombucha Girl.” Young people go viral on social-media platforms such as YouTube and Instagram too, but TikTok is unique in how its algorithm pulls oddities out of the blue and pushes them into a main feed seen by millions of people. And many of those millions of people are teens. More than 40 percent of TikTok users are ages 16 to 24, and the Federal Trade Commission has alleged that a “significant” portion of users are even younger than that. Now, because of the pandemic—says Shauna Pomerantz, a Brock University professor who has studied TikTok—they’re all spending …read more