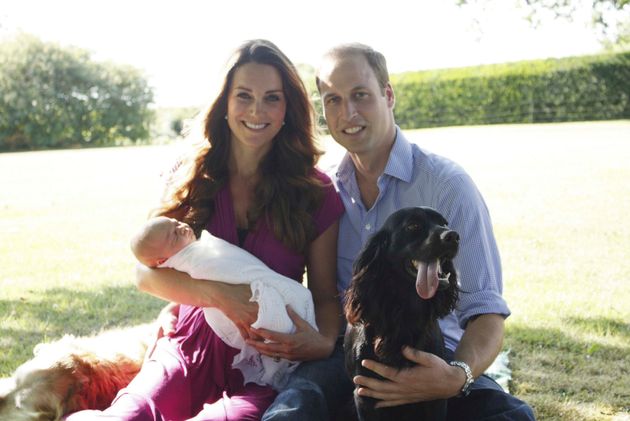 Over the course of the pandemic, a lot has been said about the comfort of pets. It makes sense that adoption rates have soared over the last few months — when so much is uncertain, having a sweet dog or cat to cuddle and care for can make a huge difference to people’s well-being.

The chaos of this time also makes pet loss even harder to deal with. But that’s what Prince William and Kate Middleton, along with their three children, are facing now. On Sunday, the couple announced that their dog Lupo, who “has been at the heart of our family for the last nine years,” has died.

“We will miss him so much,” the couple wrote.

A post shared by Duke and Duchess of Cambridge (@kensingtonroyal)

William and Kate got Lupo, an English Cocker Spaniel, a few months after they married in April 2011. He was a puppy in the litter born to Ella, Kate’s parents’ dog.

Before the Duke and Duchess of Cambridge had children, Lupo — whose name comes from the Italian word for wolf — kept Kate company while William was away on royal duties, sometimes leaving his wife alone for months.

“When Prince William was away in the Falkland Islands he went for dinner with some good friends of ours in the Air Force and he was saying how difficult it was for Kate because he was leaving for six weeks,” Natalie Bressani, who attended a Christmas party for families of members of the Royal Air Force in 2018, told Hello.

“It was when they’d just got the spaniel to help her with the time apart.”