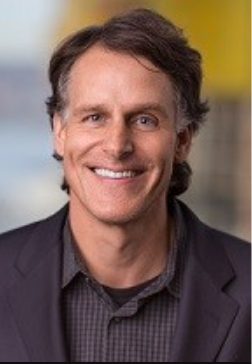 Jeff Blackburn joined the company after working on its IPO at Deutsche Bank. (Amazon Photo)

Another Jeff is moving on from his longtime Amazon executive role, filling out the picture of what has become a massive leadership transition at the tech giant.

Jeff Blackburn, the senior vice president who played a key behind-the-scenes role as one of Jeff Bezos’ top lieutenants for more than two decades, is leaving Amazon as of today, following a year-long sabbatical, he wrote in a message to Amazon’s senior leaders, posted to the company’s intranet and obtained by GeekWire.

“I’m not retiring and will have news on what’s next for me soon,” Blackburn wrote.

The company isn’t saying where Blackburn is expected to land next, but Bezos made it clear that it’s not likely to be a subject of contention.

Blackburn “has kept me in the loop on his next chapter, and I can assure you it’s a very exciting one!” Bezos wrote in his response, also posted Tuesday to the Amazon intranet. “I predict that Jeff will be every bit as amazing in his new role as he’s been in all his roles at Amazon. Easy prediction. Big congrats to you, Jeff.” [See full messages from Bezos and Blackburn below.]

Much has changed in Amazon’s executive suite in Blackburn’s year away.

Bezos this month announced plans to step down as CEO in the third quarter of this year, shifting to a role as executive chairman, replaced as CEO by Andy Jassy, the longtime Amazon Web Services leader.
Jeff Wilke, Amazon’s Worldwide Consumer CEO, announced in October that he would be leaving in the first quarter of this year, replace by Dave Clark, the former head of worldwide operations.

Blackburn showed his sense of humor in his message to the senior leadership team, or s-team, joking about one challenge that his …read more