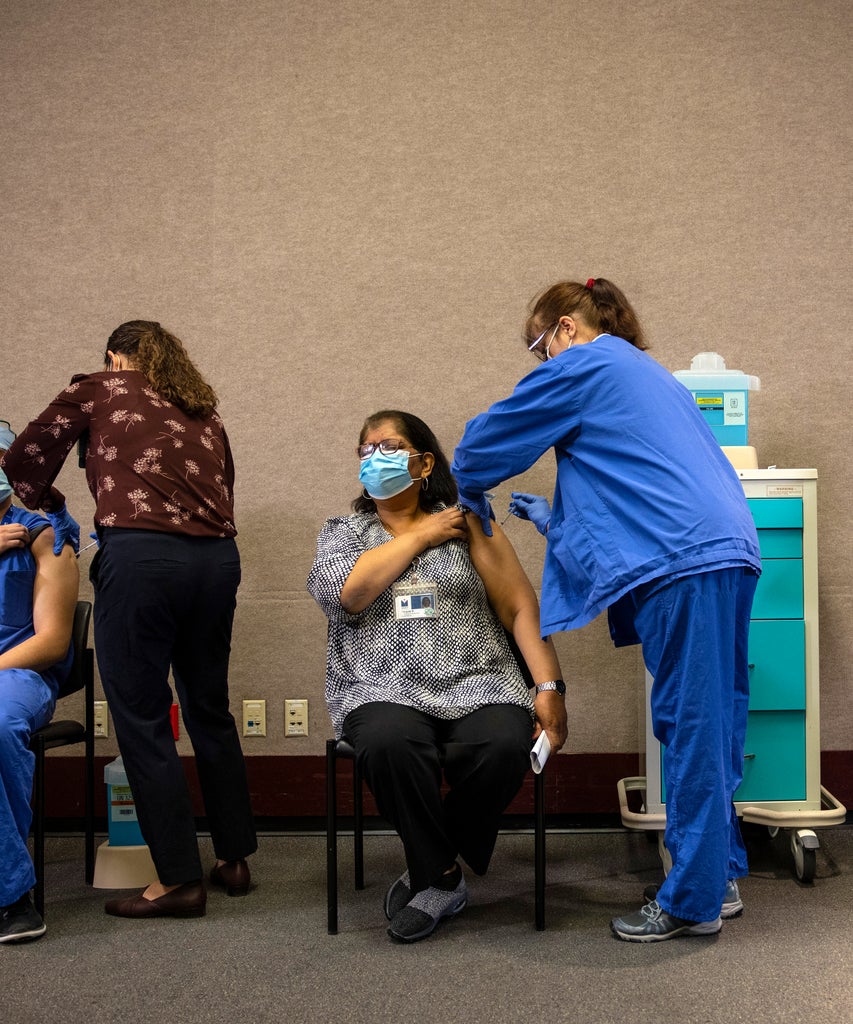 Over the past couple of weeks, some states have expanded eligibility for COVID-19 vaccines to certain age-specific and at-risk groups. The light at the end of the coronavirus tunnel is beginning to feel closer. But while early data is incomplete, a clear divide is already emerging: People in wealthy — often white — communities are getting vaccinated at disproportionately higher rates.

So far, data has shown that low-income communities of color have been hit hardest by coronavirus, so why is it that largely white neighborhoods have been able to flood vaccination appointment systems — or get around them entirely — taking up a considerably outsized share of already limited resources?

According to data released last weekend for New York City, white people have received nearly half of the available doses of the vaccine. Meanwhile, Black and Latinx residents were greatly underrepresented given their respective share of the city’s population. In Colorado, 1 of 16 white residents has received the vaccine so far. In comparison, only 1 of 50 Latinx residents have, despite making up 20% of the state’s population, reports Colorado Springs’ The Gazette. These are just a couple of examples of unequal access nationwide. Furthermore, there are countless examples of wealthy people using connections and creatively skirting requirements to jump the line.

In Florida, board members of a West Palm Beach nursing home showed up to get COVID-19 shots meant for their residents. A SoulCycle instructor in New York publicized getting the vaccine on social media claiming she was an “educator.” Had she not, she would not have been qualified to receive the vaccine yet.

Perhaps the clearest example of this inequity, though, is in …read more