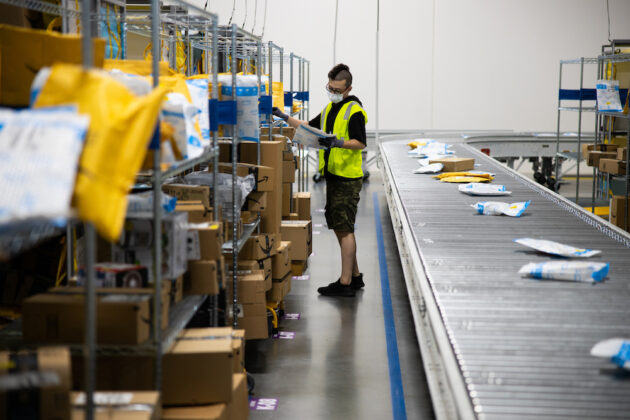 12:30 PM PST: The live count of the Amazon unionization vote has nearly begun. More than 3,200 workers participated in the unionization vote, approximately 55% of the eligible voters. The election is being hand-counted and broadcast live through Zoom from the National Labor Relations Board offices in Birmingham, Ala.

More than 5,800 Amazon workers in Alabama could be affected by the push organize under the Retail Wholesale Department Store Union, an 80-year-old organization led by Stuart Applebaum since 1998. Voting ended a week ago and today’s counting will decide if Bessemer will be the first unionized workforce in Amazon’s 26-year history.

NLRB workers are counting the ballots. We’ll update this post as the votes are counted.

At stake isn’t just union representation for several thousand Alabama-based employees of the online retail giant, but also the company’s ongoing relationship with hundreds of thousands of its lowest-paid workers across the country.

And in some ways, the vote has also become a proxy for the health of the national labor movement as a whole.

The fight has pulled in Amazon’s top brass including founder Jeff Bezos, numerous U.S. senators, President Joe Biden, and tech industry leaders who say that this fight isn’t simply about the online retail and cloud computing giant but also about the nature of modern work itself.

Today, the Washington Post reported that Amazon managers in the days leading up to the election pushed the U.S. Postal Service to install a mailbox at the Bessemer warehouse — a move the union sees as a violation of labor laws.

According to the Post: “The union has complained about the mailbox, which the Postal Service installed just prior to the start of mail-in balloting for the union …read more