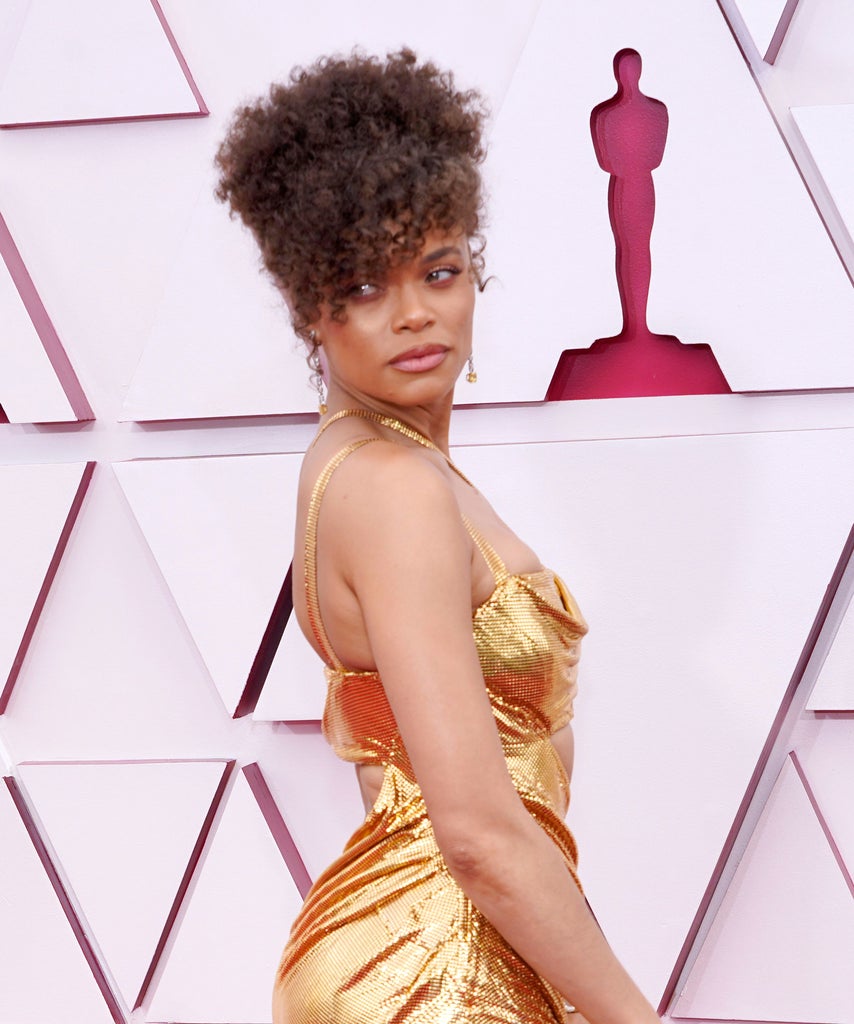 Andra Day has been open about the fact that she almost turned down the leading role in The United States vs. Billie Holiday, the very role that landed her an Oscars nomination for Best Actress. On the red carpet, the singer and actress told Giuliana Rancic that she initially doubted her ability to take on the job because she didn’t begin her career as an actress. Judging by her on-screen performance, and her impeccable red carpet looks — including her stint at tonight’s Academy Awards — it’s safe to say that Day was the best woman for the job.

The star walked the red carpet in a head-to-toe look with “winner” written all over it. Celebrity makeup artist Porsche Cooper created bronzed, sun-kissed skin for Day using Chanel products, which she revealed on her Instagram. “Only rolling out the crème de la crème for this shining star!” Cooper wrote. Day’s hairstylist, Tony Medina, used the Schwarzkopf Osis range to define and style her natural curls into a side-swept updo.

While it was hard to ignore Day’s gilded gown and skin to match, the subtle details on her nails were the icing on the cake. Manicurist Jolene Brodeur gave her client a “classic with a twist” nail set for her red carpet. “Andra loves a good ’90s vibe for her nails,” Brodeur says. “The cutouts with the dramatic French ‘V’ works …read more