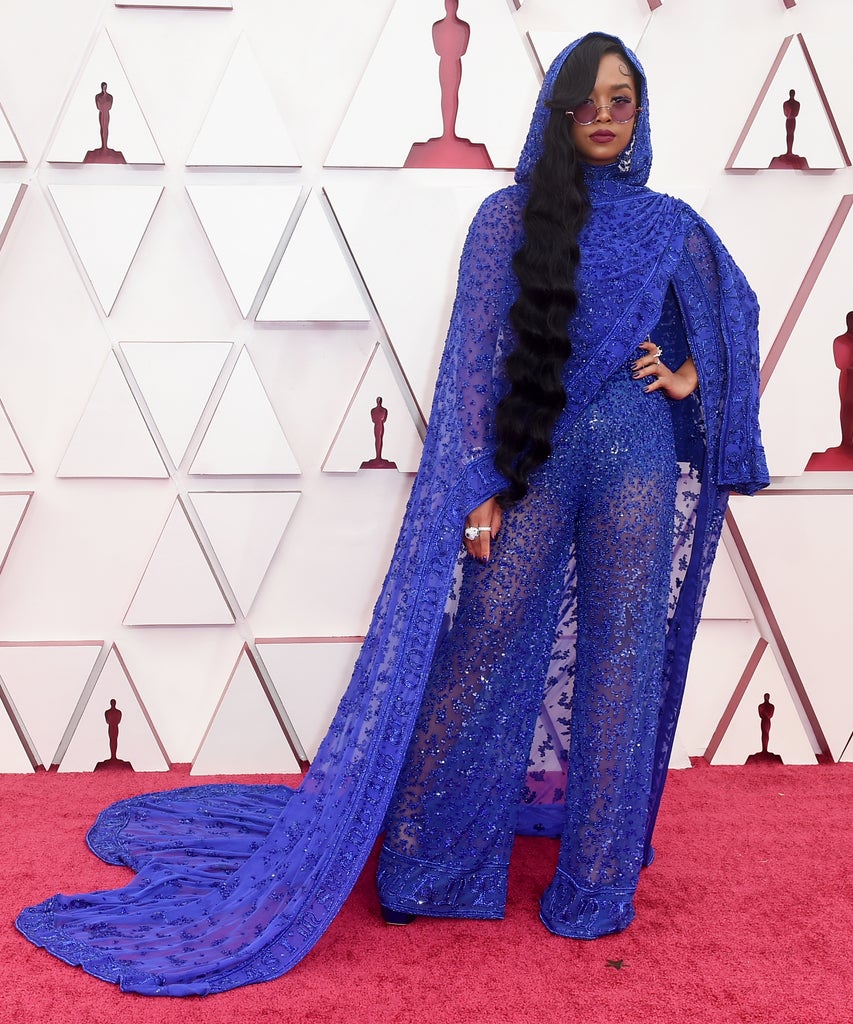 When H.E.R. showed up on the 2021 Oscars red carpet in a beaded purple jumpsuit, fans immediately started making comparisons to Prince. Turns out, that’s exactly what the artist was going for.

The designer behind the look, Peter Dundas, told InStyle that H.E.R., who was nominated for Best Original Song, wanted to pay homage to Prince with her Academy Award fit. “H.E.R. expressed how Prince has been a lifetime inspiration for her and had built the foundation for her musical identity,” he said.

Specifically, the sheer, custom Dundas wide-legged jumpsuit-and-cape ensemble was inspired by Prince’s look at the 1985 Oscars. That was the year he won Best Original Song for “Purple Rain” from the film of the same name.

h.e.r. paying homage to prince with her oscars fit. pic.twitter.com/PMietGCpYP

While it might be an homage, Dundas found a way to make the look all her own. Look close, and you’ll see that embroidered on the edge of H.E.R.’s cape and jumpsuit are the lyrics to her nominated song “Fight For You” from Judas and the Black Messiah. To complete the look, she also matched a pair of round Desierto frames with lavender lenses to her outfit.

Apparently, the color is also very personal to the singer. “H.E.R.’s mother has always wanted her to wear blue on the carpet,” her stylist Wouri Vice told InStyle. “And we felt this was the perfect opportunity.”

Between the nods to Prince and her mom, let’s hope this look brings her all the good luck tonight.