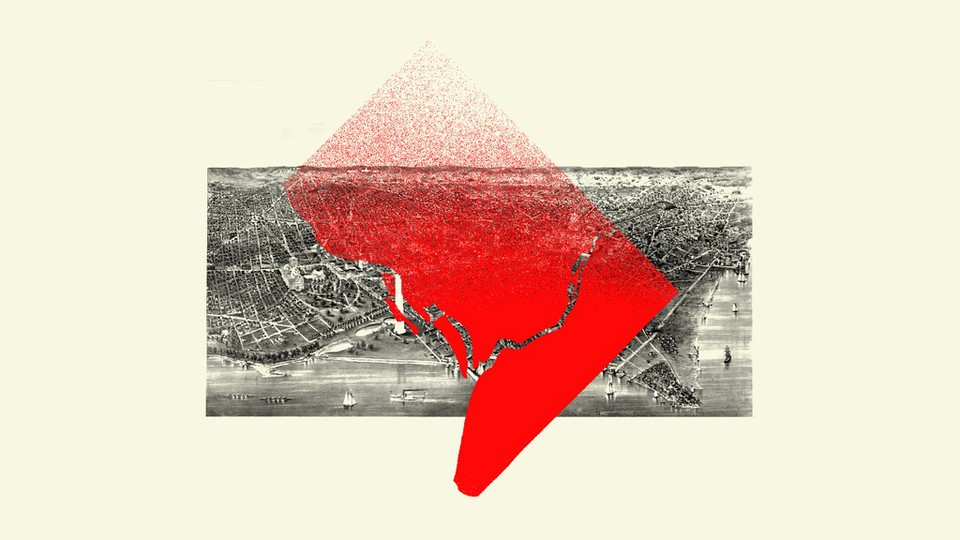 D.C. has never had such good friends in Congress. On April 22, the House passed a bill to grant statehood to the District, sending the legislation to the Senate, where 45 Democrats have already signed on as co-sponsors.

Some Republican lawmakers, too, have voiced their support for D.C. residents’ long-standing efforts to gain voting representation in Congress. Yet they reject statehood as a “power grab” by congressional Democrats who simply want two more safely Democratic seats in a tightly contested Senate. These Republicans advocate an alternative solution: Ask Maryland to absorb the District through a process called “retrocession.”

Retrocession would require Maryland to take back, or “retrocede,” most of the 68 square miles of territory that it gave up in 1790 to create the federal seat of government. (Virginia also provided roughly 32 acres of its territory on the western bank of the Potomac River, but that land—including the city of Alexandria and Arlington County—was retroceded back to Virginia in 1846.)

[Read: D.C. statehood is more urgent than ever]

Republican retrocessionists recognize that D.C. residents endure second-class citizenship. D.C. residents’ lack of representation in Congress is “unfair,” argues Representative Dusty Johnson, a Republican from South Dakota, who introduced the District of Columbia–Maryland Reunion Act in January. Johnson says that his bill would accomplish the “the goal of representation without creating a 51st state—that’s compromise.” In recent days, prominent moderate Republican Senators Susan Collins and Mitt Romney have also picked up this message.

It sounds simple, fair, even refreshingly bipartisan. But don’t fall for the okey-doke.

You know the okey-doke. It is a move designed to distract your opponent so that you can take advantage of him. You fake right and run left to avoid a tackle in football, or pump-fake and drive past a defender in basketball. And Republicans today …read more