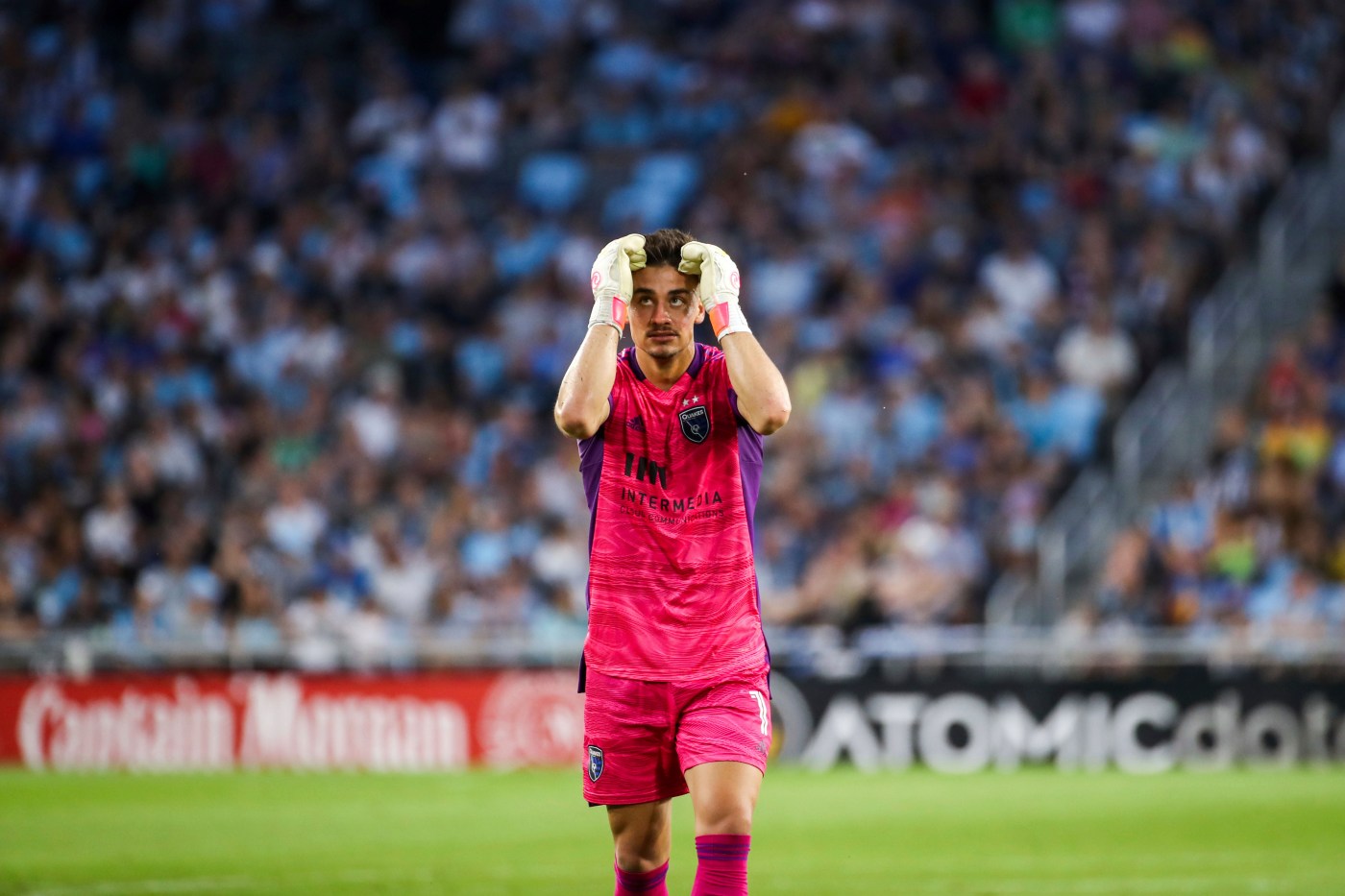 A total of 35 fouls were called in the match. Five yellow cards and one red card were issued.

San Jose scored in the 53rd minute when Nathan Cardoso found the corner of the net on a header from the left side of the six-yard box following a corner.

Sporting appeared to have a golden chance to tie it when they were awarded a penalty kick in the 87th minute, but VAR overturned the ruling.

But Daniel Salloi knotted it in the fourth extra minute-of nine minutes of stoppage time-on a rebound off a free kick by Johnny Russell. Russell’s shot caromed off the top of the goal to a trio of Sporting players and Salloi netted it.

Sporting remained unbeaten at home (5-0-3). SKC has an MLS-best 17 points when trailing at any point in the match. The next best total is Nashville with eight points.

San Jose finished a rough three-game road stretch against teams above the red line in the Western Conference with three points on three draws.

Sporting Kansas City (8-3-3, 27 points) was playing without manager Peter Vermes, who missed the match as a result of “MLS safety protocols,” as well as several key players.

Midfielder Felipe Hernandez is away from the team for personal reasons. Sporting also was without striker Alan Pulido, who was with the Mexican national team competing in the CONCACAF Gold Cup, and midfielder Gianluca Busio, who was on the American squad.

San Jose (3-7-4, 13 points) was without midfielders Jackson Yueill and Cade Cowell, who are both on the USMNT roster.