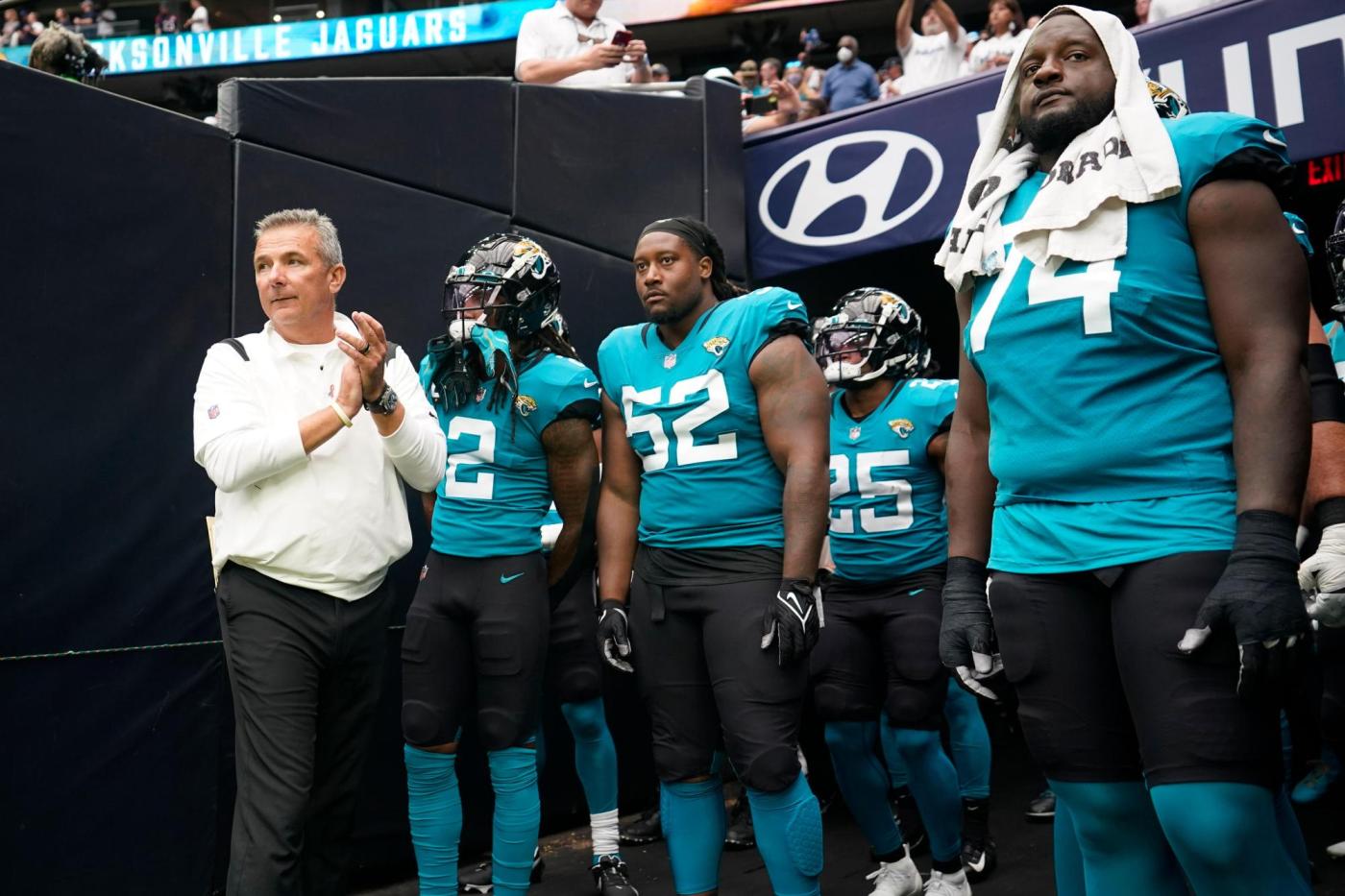 “I’m here and committed to try to build an organization,” Meyer added.

Meyer’s name was immediately linked to USC after the Trojans fired Clay Helton on Monday. Meyer has found success at every college stop, building winners at Bowling Green, Utah, Florida and Ohio State. He won two national championships with the Gators (2006, 2008) and another with the Buckeyes (2014).

He stepped down after the 2018 season and spent two years working as a college football analyst at Fox Sports. Jaguars owner Shad Khan convinced him to return to the sidelines in an effort to deliver a consistent contender in Jacksonville.

Melvin Gordon bought into sharing Broncos carries with Javonte Williams, but that doesn’t mean the veteran has fallen off

The Jaguars (0-1) lost their season opener 37-21 at Houston, a debacle of a debut that …read more