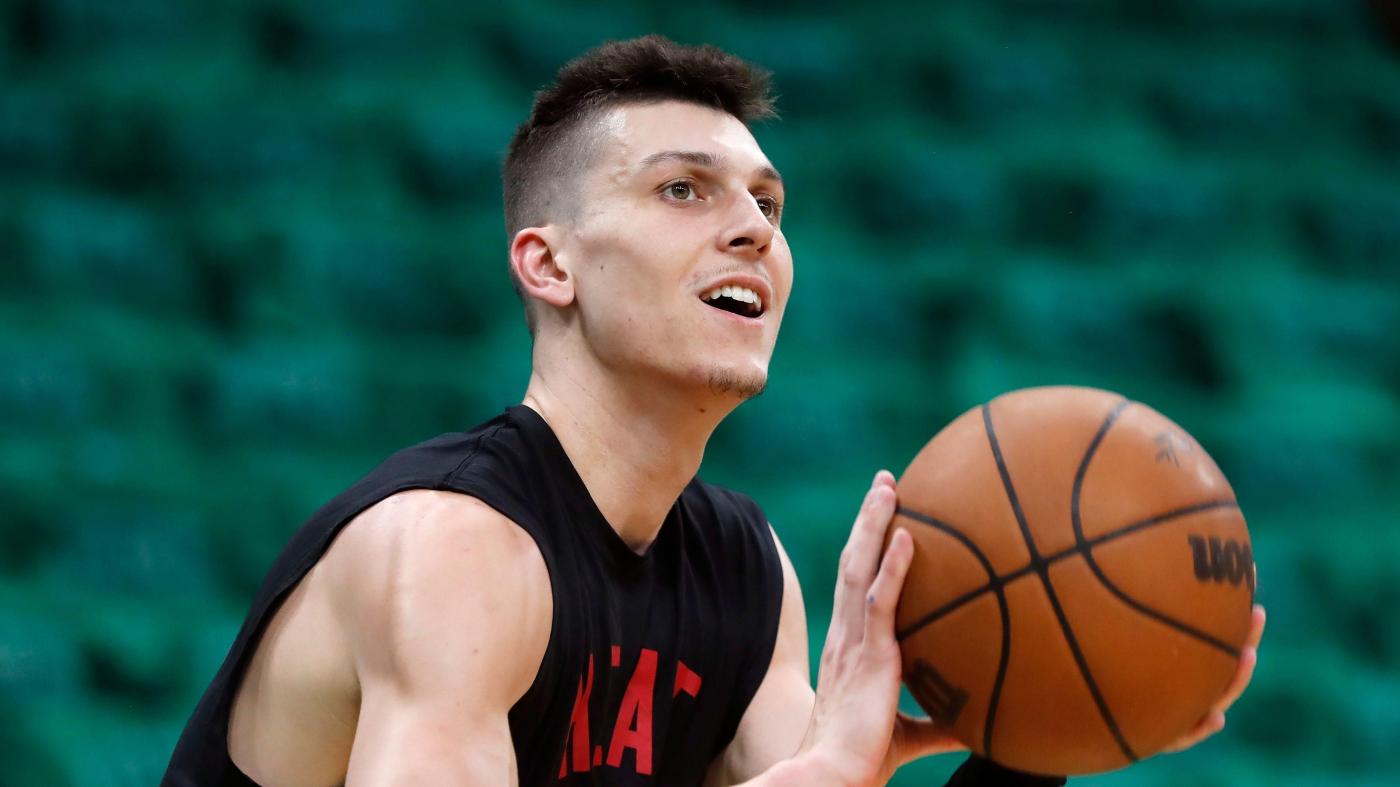 The Miami Heat took the rare step of announcing a player absence in advance of tipoff Monday when coach Erik Spoelstra said guard Tyler Herro was out for Game 4 of the Eastern Conference finals due to a groin strain.

At the morning shootaround at TD Garden, Spoelstra said it was a matter of protecting Herro against instinct to push through.

“We just had to really be responsible and take the decision out of his hands,” Spoelstra said, with team physician Harlan Selesnick consulting with Herro before Spoelstra addressed the media. “He really wants to be out there.

“The trainers and Dr. Selesnick don’t think that’s the best idea, because of the intensity and everything. But we’ll see. He’s young. We’ll treat him day to day and we’ll see what happens from there.”

Herro, winner of the 2022 NBA Sixth Man of the Year award, is in the midst of a rough patch, coming off a 4-of-15 shooting performance in Saturday night’s Game 3 victory over the Boston Celtics that gave the Heat a 2-1 lead in the best-of-seven series.

It was a struggle that well may have been exacerbated by the groin issue.

“End of the first half,” Spoelstra said of the possible timing of Herro’s injury. “Think it was on a floater. He doesn’t totally remember. And then there was a closeout on Jaylen Brown on the very next possession. It could have happened during that sequence.”

Spoelstra said it is important the staff and trainers take a proactive approach in such situations.

“We have a lot of experience with it,” Spoelstra said. “I feel like I’ve been having these tough conversations with guys really the whole second half of the season, and then certainly in the playoffs.

“Guys want to make themselves available. This is the time of the year everybody wants to play. You play …read more