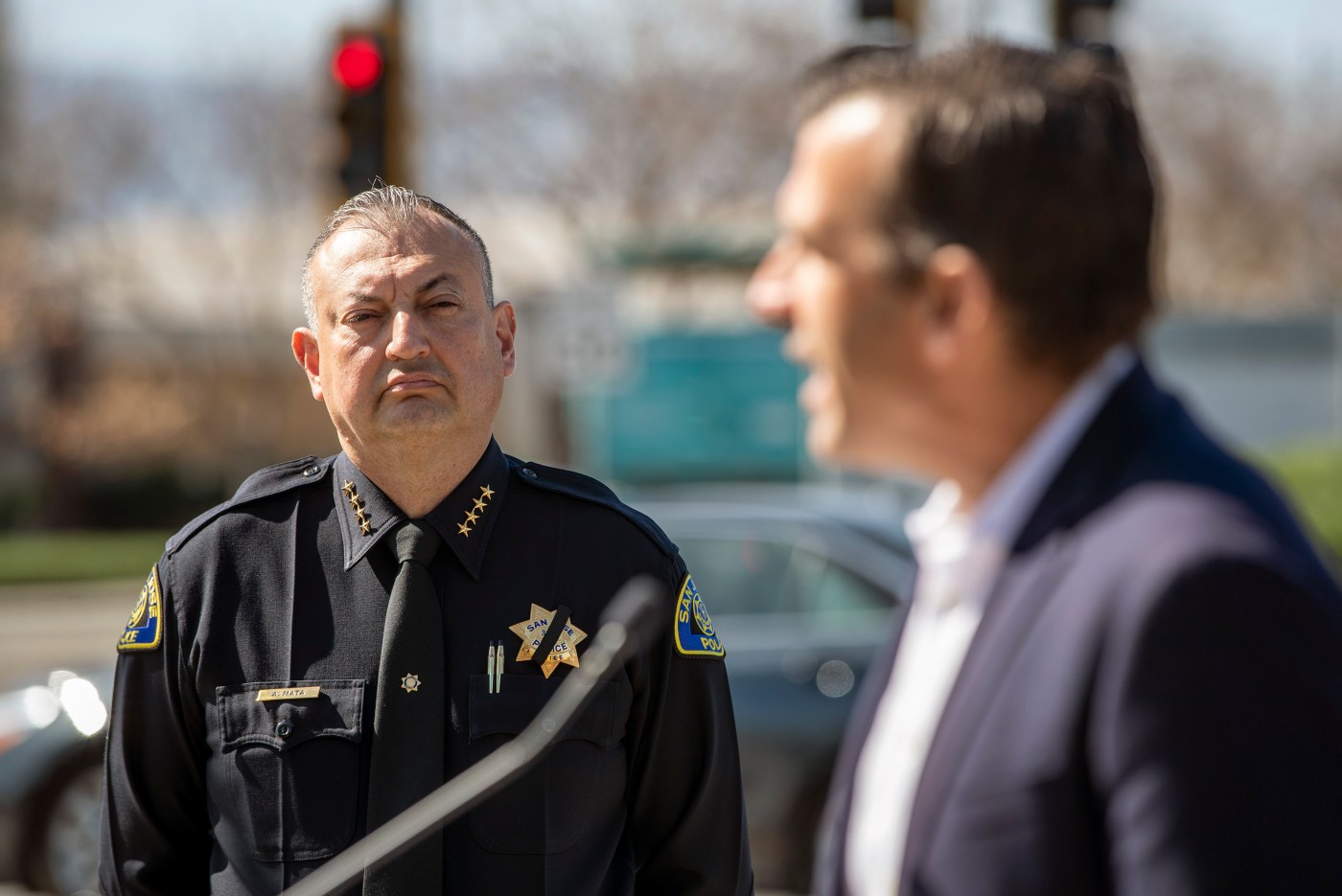 SAN JOSE — Following the sexual-assault conviction of a disgraced city code inspector and multiple sexual misconduct allegations against a police officer that drew national attention, Mayor Sam Liccardo is calling for an investigation into whether the San Jose Police Department acted swiftly enough to keep them away from the public after they were accused of wrongdoing.

Former code enforcement officer William Gerry was sentenced last week to 35 years in prison for abusing his power in order to extort sex and solicit bribes from massage business owners. Police Officer Matthew Dominguez is currently being prosecuted on allegations he masturbated in front of a family while responding to a call last month.

Gerry, 47, and Dominguez, 32, were both on the radar of the San Jose Police Department for more than a year before they were investigated for predatory behavior but were allowed to continue working in their public-facing roles. After initial complaints were made against them, they both were accused of more misconduct.

Liccardo on Monday held a news conference in which he requested that the city’s Independent Police Auditor conduct a review and public report on what steps SJPD did — or did not — take after receiving initial complaints about each employee.

“It’s clear that something failed with regard to each of these two cases and that we must do better,” Liccardo said. “It’s my intention to get to the bottom of it and very clearly ensure that the public has an understanding of what we’re doing differently so that we never see this happen again.”

While noting that public employees have a right to a full and fair investigation, Liccardo added that it didn’t “settle the question” as to why the two employees were not placed on leave or reassigned to desk duty in order …read more