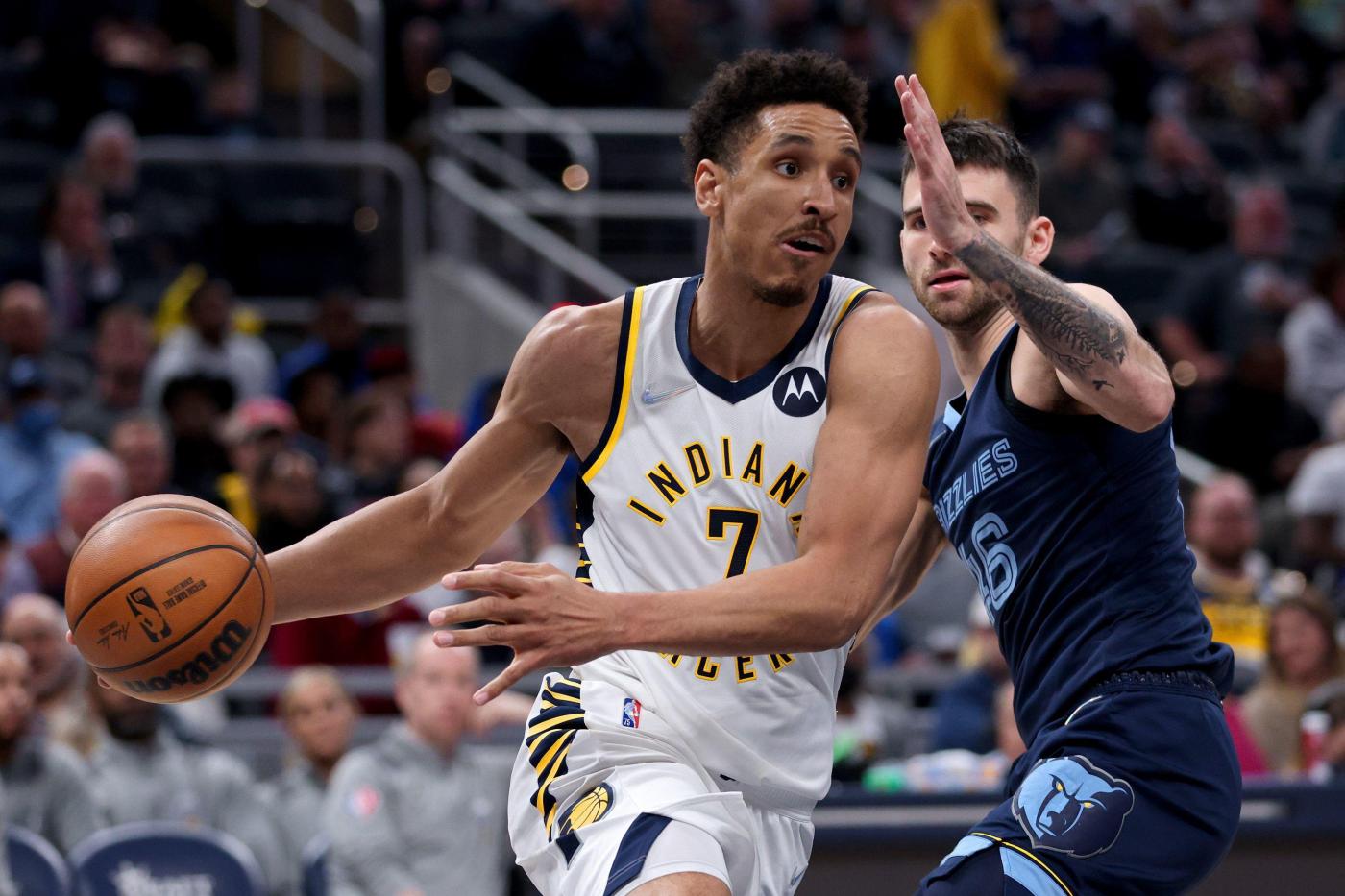 If the reports suggesting the Knicks are interested in trading for Pacers’ PG Malcolm Brogdon are true, they would be in the company of at least seven other teams who could benefit from a deal for Indiana’s floor general – including their rival across the Brooklyn bridge.

In what projects to be an NBA offseason period mirroring a game of musical chairs, Brogdon is the most interesting trade target in all of basketball. As talented as the veteran guard is on both ends of the floor, all indications point to the rebuilding Pacers dealing Brogdon to a playoff contender this summer. He has three more years left on his contract worth $67.6M, but entering age 30, does not fit into Indiana’s ostensible rebuilding timeline.

Brogdon fits for any team, however, that needs a player who can do three specific things: run the offense, hit open threes and defend multiple positions. If it sounds like a dream come true, here’s Brogdon’s nightmare: injuries. His games played sheet looks more like a lottery ticket (36, 56, 54, 64, 48) than a player available for a full 82-game season.

That’s the risk a team’s going to have to take: A bet on Brogdon being healthy is a bet on a winning season. It also might be a bet on the piece that lifts a team to championship contention. Here are the teams that should be at least putting out feelers on what it would take to acquire the Pacers’ point guard in a trade:

If the last two seasons under head coach Tom Thibodeau told you anything about the Knicks, it’s that they, like many other teams, need a stable answer at their point guard spot. The Knicks have been eyeing incumbent Mavericks free agent Jalen Brunson, but Brogdon brings more size with a 6-foot-5, …read more